Following the premiere of their new show, The Mirror, in the second part of their residency, Gravity & Other Myths bring their acclaimed production Out Of Chaos back to the Chamäleon stage.

Hard-edged acrobatics that reference birth and primordial physics collide with intimate verbal confessions and insights into what it feels like to be on stage in real time. By exposing the inner workings of their world-class acrobats, the company unveils the magic that is inherent in any work of Gravity & Other Myths: genuine warmth and connection between the performers and the audience.

At its conceptual centre, it is a story of how things come together. People, planets and plans. Movement and stillness. Audience, performer, sound and light. With great sincerity, eight acrobats together with a musician create exhilarating images and move with agility between chaotic creation stories and our seemingly ordered understanding of the here and now.

Language Note: The production contains scenes in spoken language, with the performers speaking a mixture of German and English. The language part of the show is small. Without knowledge of the language, however, you might not fully understand the humorous comments of the performers.

Lighting Note: Stroboscopic lighting effects are used during the course of the production, which may pose an increased health risk to those at risk of epilepsy.

Audio Note: Our theater has a modern sound system, which is why the volume can be higher. If you are sensitive to the volume, our team will be happy to provide you with ear protection. 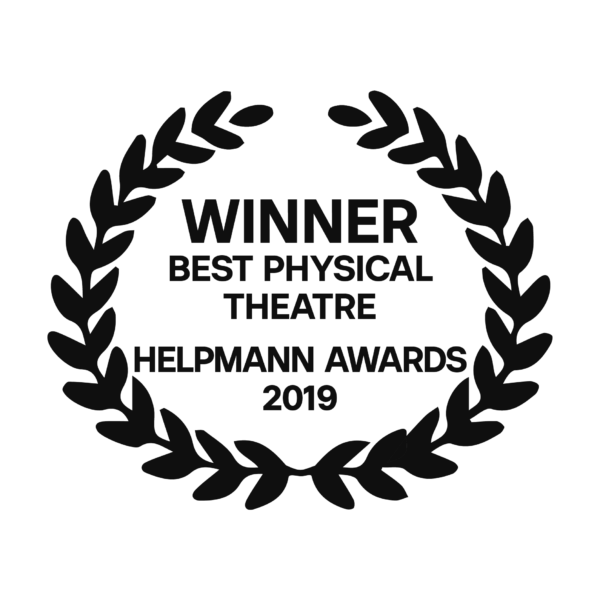 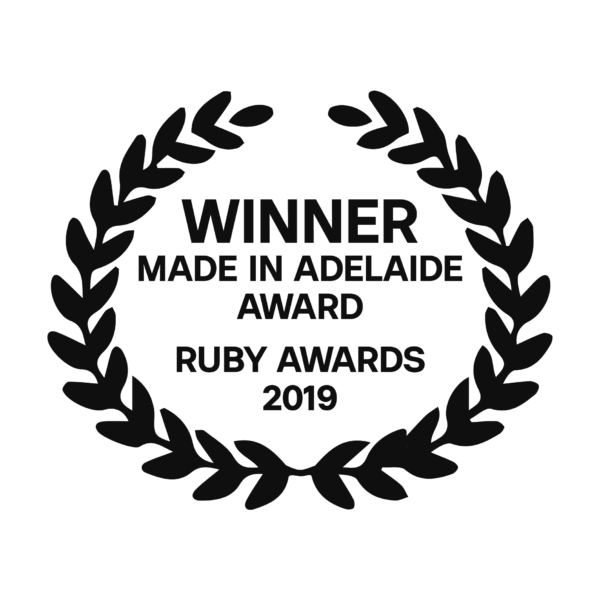 A spectacular exploration of circus and its relationship to order and chaos in our lives.

Conceptually brilliant and sophisticatedly simple… circus with a big, pounding heart and an honest, earthy soul.

A Company in Residence

From August to December 2022, Gravity & Other Myths (GOM) will present two productions under the motto “A Company in Residence”. They will open their residency with a world premiere: The Mirror is the latest work by the Australians and will enter its final creation phase at the Chamäleon in July.

With this we continue a format whose first edition has inspired us and our guests enormously in the past year. Designed as a production concept, “A Company in Residence” aims to support the creative work of the artists and at the same time present our audience with outstanding, newly created or adapted productions.

Gravity & Other Myths is an acrobatics and physical theatre company pushing the boundaries of new circus. Through a series of disarmingly accomplished ensemble works, GOM has evolved to become an established and respected Australian company, challenging the ecology of new circus through conceptual sophistication and acrobatic virtuosity while nurturing human connection.

Formed in 2009 by a group of young Adelaide artists with a passion for circus and physical theatre, the past 12 years have seen GOM successfully consolidate a meteoric introduction to the arts sector through steady growth, six critically acclaimed works and broad global success having toured to 37 countries with a collective attendance in excess of 750,000. The circus industry, the wider arts community and audiences worldwide have embraced the unique playfulness, honesty and physical mastery in the company’s work.

Adelaide born and bred, Lachlan has been involved in active and creative pursuits his whole life, starting circus classes at Cirkidz at just eight years old.

It was here where Lachlan’s passion for performance and training was developed, and formed the friendships that forged the beginnings of GOM.

Lachlan’s love for the circus was solidified when he performed in a show called Freaky at the 2007 Come Out Festival for kids in Adelaide, as it gave him a chance to perform with professional adult artists from Circus Monoxide and with their CirKidz trainer, Triton, who also became a founding member of GOM.

His first professional role was as a trainer for Cirkidz, and as a street performer at many of the various arts festivals in Adelaide. The turning point in Lachlan’s career came in 2013, when he and the GOM team travelled to the UK to perform at the Edinburgh Fringe.

As a founding member of GOM, Lachlan’s role within the company ranges from leader, mentor, and creative director, to designer and administrator. He is most often involved in conversations about the innovation and creative quality of GOMs work and sees this as his major contribution to the company.

His favourite moment on stage was performing A Simple Space at the 2013 Tasmanian circus festival, as it was the first time GOM had ever performed the work, in front of peers and the community, and was terrifyingly exhilarating!

A well versed acrobat Emily has been doing circus for over ten years. Originally from New Zealand she has been adopted as an Australian acrobat since moving to Melbourne in 2015. Since starting her career she has performed with a variety of companies around the world including Circus Smirkus, Circus Oz and Gravity & Other Myths. Outside of being an acrobat Emily can be found exploring and enjoying a good coffee.

Lisa specializes in Hula Hoop as well as Partner and Group Acrobatics. Having trained and loved circus since the age of 9, Lisa graduated from South Australia’s Circus Centre in 2013. Shortly after, she joined Australia’s leading contemporary circus, CIRCA. Over the course of 4 years with CIRCA Lisa has been a part of 11 different productions and has toured to 13 different countries. While not at CIRCA, Lisa has performed with other companies such as Briefs Factory, Slingsby Theatre company, South Australian Circus Centre, Time and Space Circus and a work with Jerome Bell. In addition, Lisa performs with her award winning co-founded company Point & Flex Circus. Some of Lisa’s career highlights include Performing Opus at La TOHU in Montreal, creating and performing Circa’s Close Up as part of 2016 Edinburgh Fringe, performing at the Sydney opera house on her 21st birthday and being named by respected arts journalist Lyn Gardner as ‘the best hula hooper she has ever seen’. Lisa enjoys circus as a physical and creative outlet for her energy and ideas. She loves the family circus has given her and the sense of belonging that comes with being a part of this wonderfully crazy community. Lisa can’t wait to see what shows the feature has in stall for her and where she will be performing next.

Dylan loves to create, challenge and move. Specialising in hand balancing and acrobatics he uses his long limbs to his advantage to create a unique style and evoke strong emotions in his audiences. At a young age Dylan fell in love with being on his hands and found circus as a platform to express himself both physically and creatively. Over his many years in circus Dylan has been a part of directing, creating, producing and has performed in many shows and productions around the world. Dylan has worked casually for different companies such as Gravity & Other Myths, Slingsby and Windmill but also with his own company Time in Space Circus and has toured his own work Internationally to China and Czech Republic. Dylan continues to grow and develop his knowledge, whilst being an active member within the Australian Arts Community.

Lewis has been very active since a young age with his involvement in sports and a love for the outdoors. He found contemporary dance later in life which he trained at Adelaide Centre for the Arts. Since graduating he has performed with Shaun Parker & Company, Leigh Warren & Dancers, Sandpit and numerous other independent Companies. Circus and Acrobatics is a recent discovery and now he is passionate about combining and evolving these different art forms.

Sonja Schebeck was born in Sydney, Australia, and her violin teachers included Barbara Hayward from the Suzuki Violin School, Christopher Kimber from the Sydney Conservatorium and Florian Zwiauer from the MUK Vienna. She has a focus on creating interdisciplinary projects fusing classical music with modern circus and theatre. In 2006 she founded the Freestyle Orchestra and is a founding member of Nigel Kennedy’s ‘Orchestra of Life’ as well as duo-partner and arranger since 2010. As a freelance artist, Sonja Schebeck has performed as a violinist, fire artist and acrobat for the Austrian Zirkus Pikard, Igudesmann & Joo’s “League of X-traordinary Musicians” and in the premiere season of Pigalle for the Sydney Festival. She is active as a guest musician with the Vienna Symphony Orchestra, Concertino Wien, the Extra Sounds Ensemble in Krakow, English Session Orchestra and Sydney Symphony.

Since 2007 Sonja Schebeck has been working closely with the Australian composer Chloé Charody. She has worked with her on projects such as the circus opera The Carnival, the piece The Phoenix for violin and dancer, an acrobatic orchestra, and the Concerto Limbo for violist and acrobat.

Most recently she performed with the Houston Ballet as soloist in Roll Edwards Myninyas Concerto, was concertmaster for the Nigel Kennedy meets Gershwin European tour and performed with The Freestyle Orchestra throughout Europe and Australia, including the Concertos on Fire Australian tour for Vivid Sydney at the Kultursommer Wien. Sonja Schebeck is currently performing in Europe with the Australian circus company Gravity & Other Myths as a violinist and multi-instrumentalist.

Born in Amsterdam, Martin moved to Adelaide with his family in 1997 and was inspired to take up circus performance after seeing a National Institute of Circus Arts show with his grandparents in Melbourne as a child.

A keen gymnast from the age of eight years old, Martin competed at the state level until an injury led him to focus more on his circus training, which he’d begun at Cirkidz at age 12.

Soon joining Cirkidz’ elite program, The Troupe, Martin gained a higher level of training and began performing in public shows, including Fringe shows and school tours. It was during this time that Martin met the other founders of GOM.

GOM’s first show Freefall launched in 2009, and led to seasons at the Adelaide Fringe in 2010, 2011 and 2013, a 10 week regional Australian tour and an international tour following a successful Edinburgh Fringe season. Martin has been touring with GOM ever since.

Martin works as an acrobat in both the creation and performance of all GOM shows, and has also taken on the role of training manager, tour manager, and production manager for the company.

His favourite moment on stage with GOM was the premiere night of their performance of Backbone at the Adelaide Festival. The intense feeling of premiering a work in his home city, in front of friends and family, then finishing to receive a standing ovation, made the many months of rehearsals worth it.

Shani grew up in a little country town with two big brothers that rustled her around. After years of flipping off fences and leaving dirty sock marks on the walls, she quickly realised that she was happiest when upside down.

After Graduating in 2017, Shani toured with Circus Oz before joining her dream company, Gravity & Other Myths.

Raised in Western Australia by a family of scientists Maya didn’t quite follow in her parent’s footsteps. Instead she studied at the National Institute of Circus Arts in Melbourne specialising in aerial ladder, group acrobatics and foot-juggling. Since graduating in 2017 Maya has been lucky enough to tour the world with 10 awesome circus companies including Circus Oz, Circa Contemporary Circus and her own co-founded company Four or More Circus. When she isn’t on tour Maya teaches social circus and community classes believing in the educational and inspirational power of circus. Maya thrives in a team environment and is therefore ecstatic to be joining the passionate, creative and generous team that is GOM.